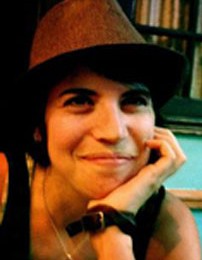 Brooke Stern Sebold (they/she) is a nonbinary filmmaker whose work investigates gender and identity through visual storytelling and active daydreaming. Brooke swims in doc and narrative waters, and sometimes the space between. Brooke has cut five feature films including ALASKA IS A DRAG (Netflix) and FRAMING AGNES, which they also co-produced. FRAMING AGNES premiered at Sundance in 2022, winning both the Audience Award and the NEXT Innovator Award. Three years prior, Brooke cut and co-produced FRAMING AGNES the short, which premiered at Tribeca and won the Experimental Award at Outfest. In 2007, Brooke co-directed their first feature doc, RED WITHOUT BLUE, which won the Audience Award at Slamdance and the Jury Award at Frameline. Brooke’s narrative shorts have won awards at Palm Springs ShortsFest (2008) and the Florida Film Festival (2009), and Brooke was also the recipient of the Cine Golden Eagle Award for Excellence in Directing (2009). When Brooke isn’t writing and pitching half-hour comedy, they're editing the Emmy nominated series, BRIEF BUT SPECTACULAR, which airs weekly on the PBS NewsHour. Brooke received her BA from Brown University and her MFA from Columbia University. Brooke grew up in the Sonoran desert and loves crystals, doggies, tiramisu and she or they pronouns.