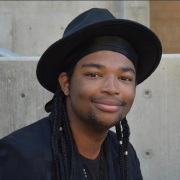 In Christian’s high school career, he devoted himself to creating a progressive community. Christian became very much involved in his school’s Black Student Union, where he used his voice to highlight how his school district was failing to serve its underrepresented students. He spoke with his school’s administration and even the school board to discuss what policies were needed to promote the vision he was looking to create. Because of his contributions, Christian was recognized by the district, as one of the few hardworking kids striving to make a difference.

Other than serving his community, Christian spent most of his time in the theatre, where he worked diligently in dancing, acting, and singing. Christian participated in his school’s theatre program for the past four years, being in competitions, where he won an award for best comedic scene, and musicals, where he was always a featured character. For the past four years, Christian has done everything needed to give back to his community while simultaneously looking to improve himself in the arts, prompting him to pursue a fashion degree, where he can use his artisan skills, and create a difference in an industry that so desperately needs it.