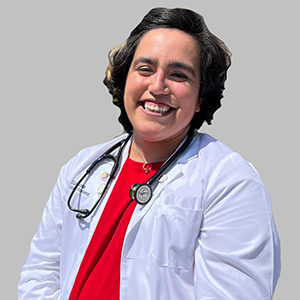 Delia Sosa is a transgender, nonbinary, genderfluid, multiracial, Latine, first-generation medical student at the University of Cincinnati. Delia was raised in a small, Catholic town in Rhode Island where they were unable to safely be out for the first nineteen years of their life. It wasn't until they left for college that they were able to come out as pansexual and begin to acknowledge their presence in the world as a trans person. They have led several LGBTQIA+ groups in their school and work communities and have given national presentations on a variety of topics including LGBTQ healthcare in emergency medical services, LGBTQ stigma and mental health, and LGBTQ representation in medical education. They have also done clinical research and community engagement to spearhead a project focused on transgender patients living with cancer. Delia's experiences as a trans person interacting with the healthcare system and the broader world around them have encouraged them to pursue a profession as a physician, with a plan to advocate for transgender and intersex patients. They are especially interested in becoming a primary care physician and reproductive health provider for trans and intersex patients, as well as creating a national, standardized 2SLGBTQ+ medical education curriculum.