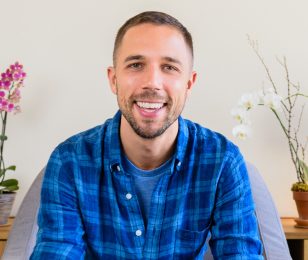 Kip is a licensed psychotherapist who offers a mindful and embodied approach to fostering resilience and healing complex trauma related to childhood abuse and systemic oppression. Supporting LGBTQ+ clients throughout Oregon and California, he specializes in the therapeutic use of psychedelics for C-PTSD, treatment-resistant depression and anxiety, and psychospiritual development unrelated to mental health diagnosis. He served as Co-Director of the National Equality March on Washington in 2009. This grassroots effort mobilized more than 150,000 people to march on the nation’s capital to demand full federal equality for gender and sexual minorities. Soon after the march, Congress passed the Matthew Shepard and James Byrd Jr. Hate Crimes Prevention Act. In 2010, Kip co-founded GetEQUAL, a nonprofit activist network that used civil disobedience to hold elected officials accountable for their broken promises on LGBTQ+ civil rights. Their early work contributed to coalition efforts to repeal the military’s discriminatory “Don’t Ask, Don’t Tell” policy in 2011. With the support of the Point Foundation, he completed his MA in Integral Counseling Psychology at the California Institute of Integral Studies in 2013. While working on his degree, he served as the Interim SF Crisis Services Manager for the Trevor Project. Currently, he is a Ph.D. Candidate at Saybrook University, completing a doctoral dissertation on personal growth that occurs in friendships between gay men. He now resides with his husband in Portland, Oregon, where they enjoy craft beer and exploring the natural beauty of the Pacific Northwest.