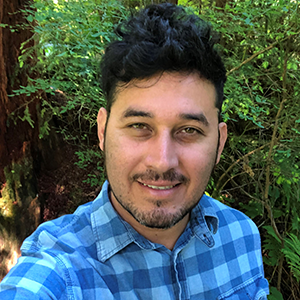 Nahum Yanez immigrated from Mexico on his own at the age of 21, running away from discrimination, domestic violence, sexual abuse, and a lack of opportunities. In Seattle, he has held badly paid jobs for hard work, so he went back to school and completed his ESL, ABE, and GED diplomas. He struggled due to his undocumented status in the country and the lack of resources available to him. He has done all kinds of work to make a living, for example asking for work outside of Home Depot. He gets food from food banks. He struggled a lot to get his identification until he finally got it. Nahum is afraid of the immigration policies, so he commutes to school and surroundings by taking public transportation, rather than getting a driver’s license and driving. Nahum volunteered within and outside of school for many organizations to support his LGBTQ and underrepresented community of color. Now, he pursues a two-year college degree in application development. He is a full-time student and doesn't have a formal job. His dream is to work for Microsoft once he gains a legal status. He loves technology and already knows how to code programming languages.