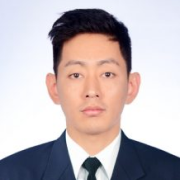 Growing up gay in Bhutan has been a very confusing and alienating experience for Namgyal. There was no word for “gay man” in the Bhutanese language until the late 2000s, but the absence of such a term in no way indicates an absence of abhorrence. Bhutanese society views homosexuality as an exclusively western phenomenon, making it harder for Bhutanese LGBTQ individuals to accept their true sexual orientation and/or gender identity.

Bhutan may be famous for its Gross Happiness Index, but there was little joy to be found during Namgyal’s youth. His parents were horrified that their son enjoyed playing dress-up and dancing. School was no respite, as the other children ostracized or mocked him. Namgyal’s P.E. teachers enjoyed using him as an example of how not to play football, and his sixth-grade science teacher suggested that Namgyal is intersex because he was girly. This comment inspired a group of his classmates to corner him after school and rip off his clothing to satisfy their curiosity about his genitalia. Namgyal began refusing to attend school after this incident, and his parents sent him to boarding school. He spent the next five and a half years faking an interest in girls to fit in with the other boys.

Namgyal came to terms with his sexuality at 21 after watching the TV show Glee and later witnessed a trend of closeted gay Bhutanese men being trapped in the traditional Bhutanese dream; marrying a woman, loving the wife to the best of their ability, and struggling with dishonesty. At the time, he knew that being gay was not a choice.

Soon, Namgyal was advocating for LGBTQ awareness and rights through a secret Facebook profile. In 2016, he was chosen to attend the Regional Dialogue on LGBTQ rights and health at United Nations Conference Centre in Bangkok.