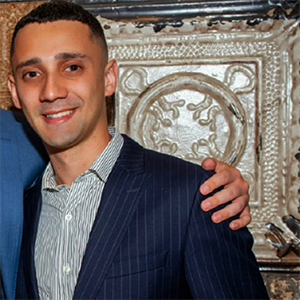 A few years ago, Tomas was a stranger in a foreign land. He was lost, afraid, and alone in America. These feelings of alienation weren't completely new to him as he experienced them growing up in a rural poor area in Central America where his only sense of community was his hardcore evangelical church that reminded him that he didn't belong. He felt like an alien disguised in human costume at the church due to his sexuality and he ended up being defined as an actual illegal alien under the legal system once in America. He was homeless and had an uncertain future when he was brought to America. He didn't let those barriers stop him, however, as he pushed forward. He learned the language on his own and worked multiple jobs. He went from sleeping in a dumpster behind Starbucks, living on skid row and Los Angeles shelters to being accepted into one of the top private Universities in the country. Now, he plans to further his career in the entertainment industry to one day reflect the living experiences of those alienated by religion, politics, or economic inequality.