Notes from a Jamaican Son

Prior to coming on this trip, I had to write up several grant proposals explaining why I wanted to travel to Jamaica. After a lot of self-reflection, I wrote that:

I am interested in going to Jamaica with Dr. Haniff because I know working with her, and the people of Jamaica, will allow me to turn theory in practice; to leverage my privilege in service of an underprivileged community; and to come back to the United States with a healthy dose of humility and global perspective. It will also be a unique opportunity for me to speak with, and possibly learn from, LGBT activists who work at the Jamaica Forum for Lesbians, All-Sexuals, & Gays (J-FLAG). Finally, there is a deeply personal reason I would like to participate in this program. My father was born, raised, and murdered in Jamaica. He was never really part of my life, so my own personal relationship to Jamaica is complicated and incredibly incomplete. By going on this trip, I hope to resolve some of this internal conflict. At the very least, it will be an opportunity for me to visit my father’s gravesite — something I’ve yet to do in the nine years since his death.

We are a few days away from leaving Jamaica, and I’m proud to say that I’ve made considerable progress on each of these goals. Make no mistake about it: the road to Negril has been a long and challenging one. But now those 171 words actually mean something to me. They are indicative of the bond I always wanted to have with my father’s homeland but never could. While I could regale you with many stories that testify to the amazing time I’ve had in Jamaica, I want to share two in particular.

We [the Pedagogy of Action 2013] spent the first week of our trip in Kingston—the political, social, and cultural capital of Jamaica. One of our first adventures into Kingston was on a bus tour with a Rasta(fari) man named Arthur. Admittedly, I knew nothing about the Rastafari Movement before taking Women’s Studies 469 with Dr. Haniff. But, even then, the religion was still a foreign concept to me. I was definitely guilty of buying into common stereotypes about Rastafari men and women (e.g. that all they do is smoke pot; that Rastafarianism is nothing more than a sham religion). But meeting Ras Arthur really forced me to check my assumptions at the door and see Kingston through his eyes. It was clear to me that Ras Arthur not only loves Kingston, he is proud of it. He’s proud of all the city has to offer – from its world-renowned musicians (e.g. Bob Marley), artists (e.g. Barrington Watson), and public intellectuals (e.g. Rex Nettleford), to its local dishes and festivals. After a while, I, too, fell in love with Kingston and developed a deep appreciation for its richness. More importantly, I developed a deep appreciation for Ras Arthur – a man who is as educated and articulate as they come, yet fiercely devoted to maintaining personal ties to Kingston, its people, and his religion. Meeting Ras Arthur definitely allowed me to see Kingston as a place of intellectual and cultural significance, on par with Paris, New York, and Berkeley. Its people and their ideas are as sophisticated as any that have come from Harvard, Yale, or Oxford. I am thankful to Ras Arthur for helping me “come back to the United States with a healthy dose of humility and global perspective.”

I was also transformed during our first teach-in we had in Kingston. Dr. Haniff assigned me to work with a group of young, black men who have sex with men (MSMs). While the men never referred themselves as “LGBT activists,” I definitely think the title suits them. These are men, no older than me, on the front lines of the HIV/AIDS epidemic. They all chose to become peer health educators because each of them had lost a friend or loved one to the disease. I enjoyed being around the peer health educators because their passion and intelligence often came alive during our conversations about life, love, sex, and friendship. They knew far more than I did about HIV despite never receiving any sort of formalized education (i.e. college or university). Their command of the issues was proof enough that lived experience can be just as informative – if not more so – than the facts and figures learned from a textbook. Not everything was rainbows and unicorns, however.

Many of the men struggled with learning the HIV-prevention module because it required them to deconstruct years of HIV training (largely from the West) that relies upon empty communiqués and tired slogans (e.g. be faithful to one partner). In that moment, it became clear to me how I could “turn theory in practice” vis-à-vis Paolo Freire’s Pedagogy of the Oppressed. Rather than write the men off as incapable of learning the module, it was important I see each man as an intellectual whole. I had to treat them as equal partners in the learning process, not empty receptacles waiting to be filled. In practical terms, this meant understanding their concerns, explaining our rationale, and inviting them to take ownership of the module by adding their own stories, struggles, and triumphs. Although I may have been able to “leverage my privilege in service of an underprivileged community,” I benefited a great deal more from the young men I worked with at Ashe. 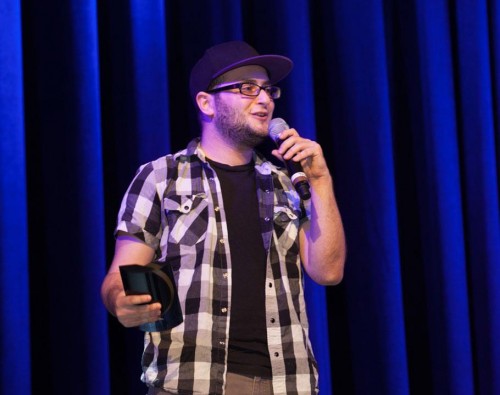 Ever since I transitioned, I knew that I wanted to dedicate my life to helping the transgender... 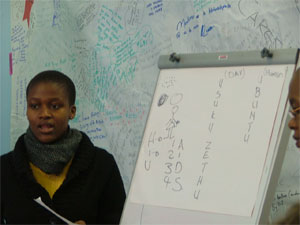 This spring I hope to travel to Kingston, Jamaica with Dr. Nesha Haniff, a professor of Women’s... 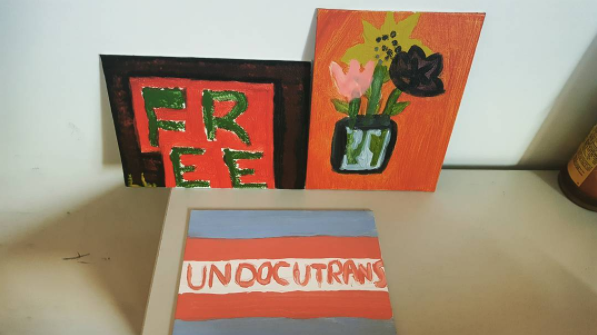