LGBTQ Scholars: The Leaders of Tomorrow

However, this is an uncertain time for the LGBTQ community and historically marginalized people. This year marked the highest volume of anti-LGBTQ hate legislation in recent US history. But this past November, the United States had a record number of LGBTQ candidates win in the midterm election. Maura Healey (Massachusetts) and Tina Kotek (Oregon) are the first out lesbian women to become state governors and James Roesener (New Hampshire) is the first out trans man to win a seat in a state legislature. With the wins of over 436 LGBTQ leaders for elected offices across the nation, LGBTQ visibility and representation continue to grow, ensuring LGBTQ youth have role models to look up to and roadmaps for success.

Point Foundation’s continued commitment to empower LGBTQ leaders across career fields provides the tools current and future leaders need to succeed in their various fields of study. Point’s incoming class of 2022 is the first to receive aid from the $1 million commitment to fight LGBTQ oppression, which Point made
in February. 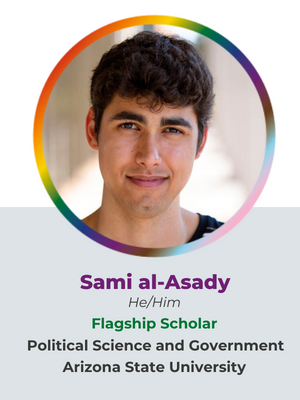 Point Flagship Scholar Sami Al-Asady is one of the scholars supported by this promise. Sami, a child of Bosnian and Iraqi war refugees, a gay man, and a first- generation college student, is studying political science and philosophy at Arizona State University in Barrett, the Honors College. Sami is currently part of the White House Internship Program, an experience that makes him all the more aware of the inequities in political representation. Reflecting on the importance of equal representation, Sami says:

“In politics, LGBTQ+ representation is extremely important. Just historically the queer community has not been granted certain rights and privileges that other people have been guaranteed for years. I think it’s important to have queer people at policy decision- making tables because they bring perspectives other people don’t have. It doesn’t make sense for people to legislate on LGBTQ+ policy without having a queer person in the room.”

Looking at the issue from an intersectional perspective, Sami recognizes the need for everyone to be involved in politics.

“There’s a need to meet people where they’re at, and that includes not only giving people a seat at the table but giving them a microphone and really broadcasting ideas from communities who haven’t had the chance to make their concerns heard. There’s a profound barrier between what people need and how they access these prestigious government spaces.” 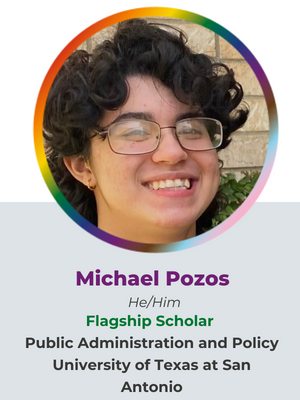 Michael Pozos is another Point Flagship Scholar focused on public policy. Michael is a trans Latino student pursuing a degree in public administration and policy with a civic engagement minor at the University of Texas at San Antonio. He also believes LGBTQ representation in public policy is incredibly important.

“It is absolutely necessary that LGBTQ+ individuals and their allies are at the table when policies are being made that directly affect our community.”

Being a part of the Point network helped Michael adapt from high school to college, where he now serves as Social Media Chair for Prism, the largest LGBTQ+ organization on his college campus.

“Knowing that there is a network of mentors and scholars who want to support us as LGBTQ+ students moving through our collegiate careers is reassuring and truly empowering.”

By bringing visibility to Prism, Michael is already doing the work to increase LGBTQ representation in Texas. 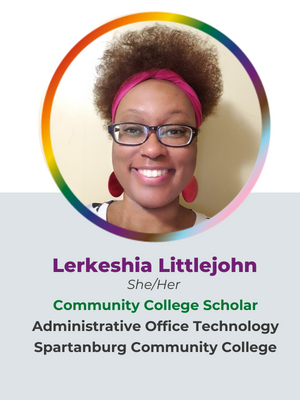 For Point Community College Scholar Lerkeshia Littlejohn, being a visible LGBTQ role model starts much earlier than the ballot box. Studying business at Spartanburg Community College in South Carolina, Lerkeshia volunteers with a local early education center for children. After she completes her business degree, she plans to pursue a BA in Early Childhood Education, with hopes of opening a gender-inclusive childcare center in South Carolina. Lerkeshia explains:

“[B]y introducing positive interactions with diversity and inclusion at an early stage in life we may cut down on the prejudice, fear, and hate that we are facing in today’s society. Creating a safe space for our children and teaching them that equality and inclusion is a basic human right should be a must.”

As a proud bisexual Black woman on campus, Lerkeshia is already making a difference in the lives of her fellow students. She works on campus as an Economic Mobility Navigator, managing a nonprofit food and hygiene pantry located on the main campus. Her office has become a safe space for LGBTQ and People of Color on campus, and she hopes to inspire more Spartanburg Community College students to apply for a Point Scholarship in 2023.

Sami, Michael, and Lerkeshia are finding ways to spread hope across their communities and show up for the future as visible role models in their fields. Your support empowers these young leaders to find their footing as community organizers, policy makers, and caretakers, so they can make their voices heard in the fight for an end to LGBTQ oppression. Learn how you can double your impact to empower scholars by donating by Dec. 31. 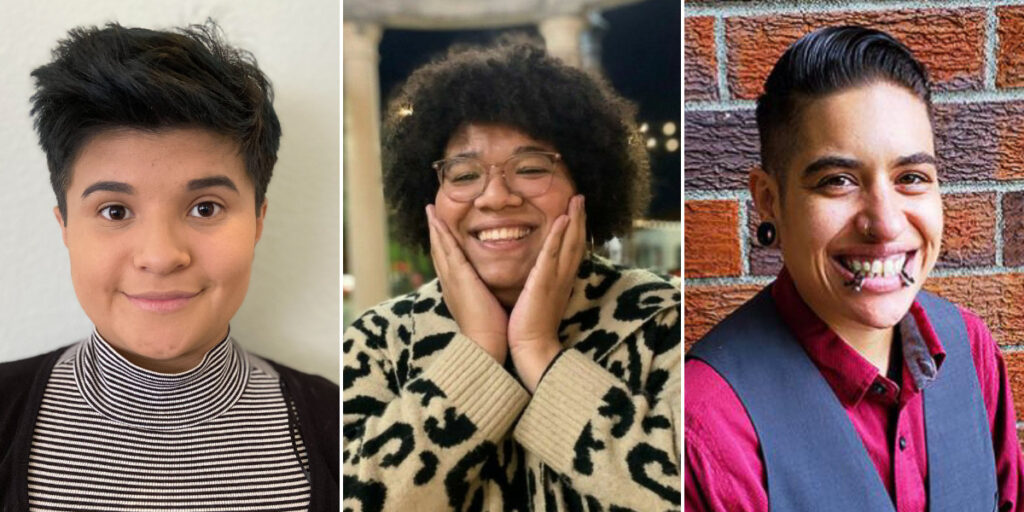 20 YEARS OF FUNDING THE FUTURE

As we reported in our last newsletter, this year we mark Point Foundation’s 20th anniversary – a... 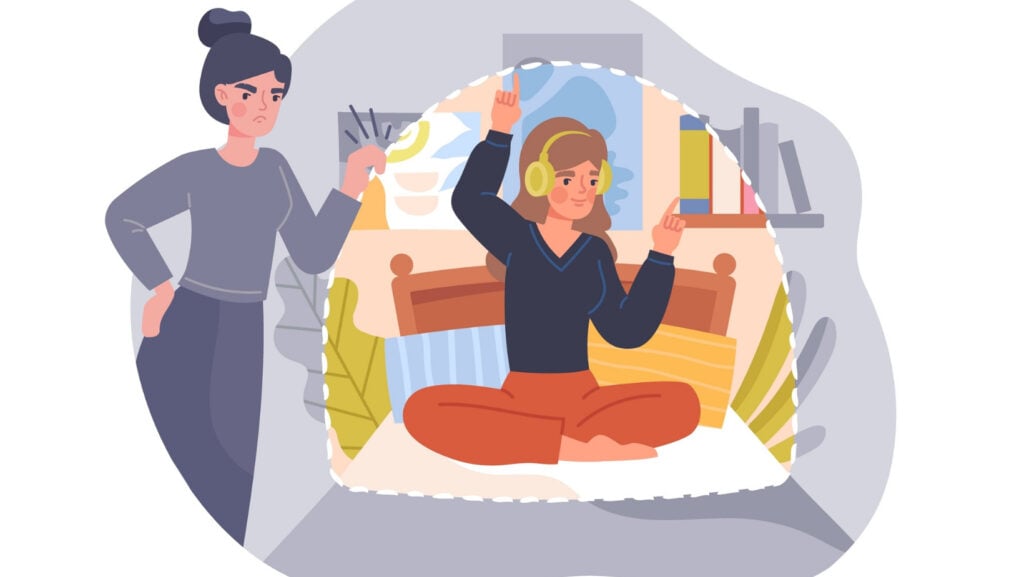 Holidays are stressful for everyone— there’s pressure related to gift-giving, travel arrangements...

Ten years ago, as part of an exercise at Point’s National Leadership Conference, Adaobi Kanu wrote...